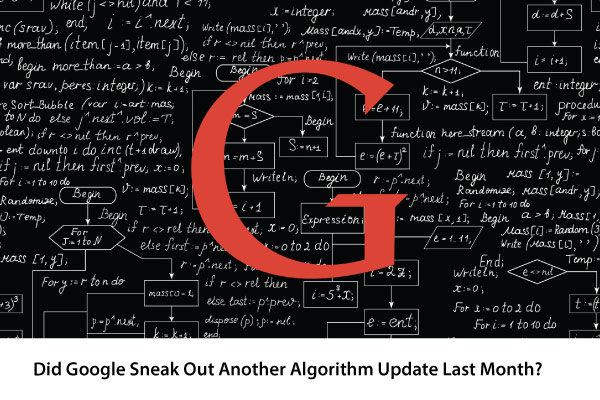 Did Google Sneak Out Another Algorithm Update Last Month?

“It’s pretty clear that Google rolled out a major algo update in June,” says Gabe, pointing to specific dates where has has seen the most movement. June 1, 8, 21, and 26 are the dates where the most volatility was seen, suggesting that the update rolled out at the beginning of the month with “tremors” occurring through the remainder of the month.

Update could be either Panda-related, or it could be one of Google’s quality updates, Gabe suggests.

The update appears to be targeting websites with obvious quality issues.

It can be an another Panda Update.