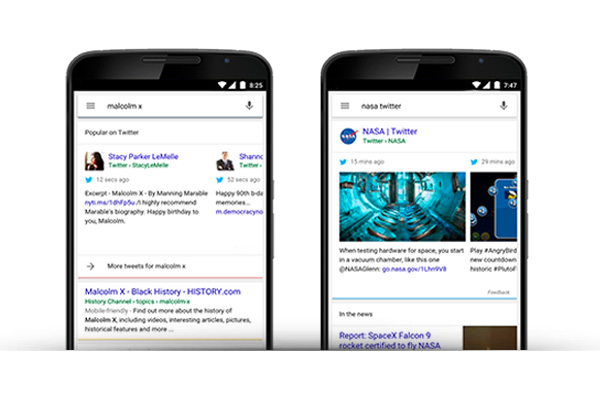 Twitter and Google are Back at it After 4 Years!

After about four years, Google and Twitter are joining hands again for a mutually benefitting relationship. In a bid to provide better real-time search to its users, Google announced they would be bringing tweets to their search on mobile devices.

Here is the excerpt from the official Google blog:

At the start, tweets would feature only in Google.com English version on Android as well as iOS. But Ardan Arac, Senior Product Manager has promised that they are working on bringing the same feature to other languages as well as to the desktop.

Twitter had given hint about this development earlier this year. Twitter had talked about reaching a deal with the search giant for allowing access to the Twitter firehose – at least half a billion tweets per day.

Google has been showing twitter results even before this week. But it was doing so by scraping Twitter, meaning the results were not really comprehensive. This deal will allow Google to show comprehensive results including trending tweets.

As for Twitter, this is expected to give a new lease of life as their growth has been stagnating in the recent past. The social network would hope that showing up more often in Google results would result in improved traffic and engagement.