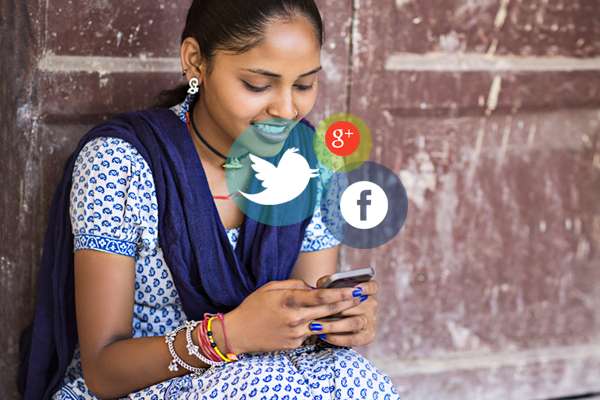 According to the  ‘Social Media in India 2014’ report by Internet and Mobile Association of India (IAMAI) and Indian Market Research Bureau (IMRB) International, there has been 100% growth in social media usage in the last one year in rural India. The total number of users in the area is 25 million.

However, the growth is not that high in urban India. It is only 35% there, with the total number of users being 118 million as on April 2015. Almost half of the social media users in urban India hail from metro cities.