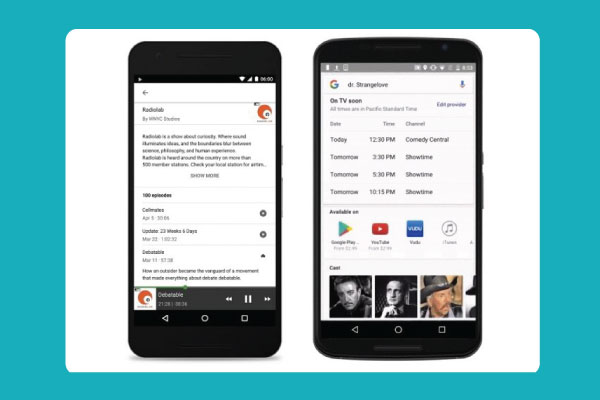 At National Association of Broadcasters conference Google announced that it’s adding a new feature to Google search: air times for TV shows. So, when you search for a show or movie, Google will tell you when it will be available in cable.

Along with this, Google says that DoubleClick, its ad platform is getting better at targeting specific demographics on both live and on-demand TV.

The company says searches for TV shows and films on mobile are up than 55 percent over the past year. Google is on its way to becoming people’s one-stop location on the web for everything they need — even TV listings now. There’s no word on when the update will be rolling out, though the company says “soon”.

This makes using Google for finding places for streaming or buying a show unreliable, and it’s unclear to what extent that will change as the new “live TV” updates roll out.