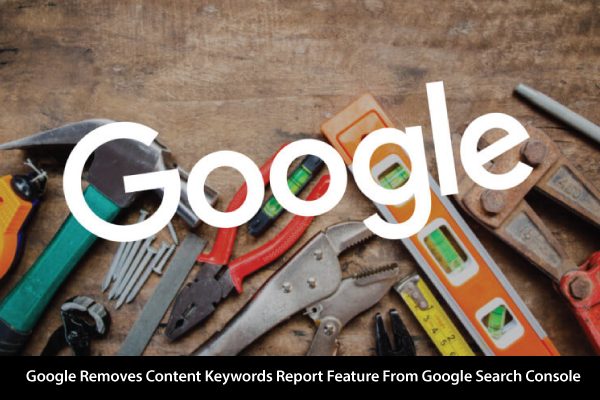 Google’s John Mueller has announced that the content keywords report feature is officially removed from the Google Search Console. He revealed the news via the Google Webmaster Central Blog.

In fact, content keywords report is one of the earliest features found in the Google Search Console.

Google added that when they launched the tool for the first time, keywords report was the only method to know what Googlebot found when it crawled a website. Today, popular tools such as Search Analytics, Fetch, etc. will help you to do the same.