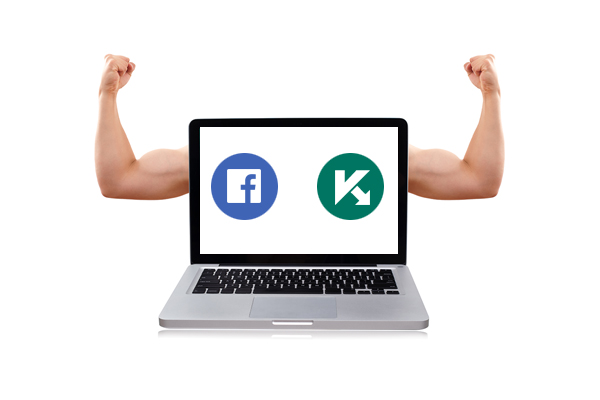 Facebook Partners With Kaspersky Labs to Get Rid of Malicious Software

Facebook had announced on Tuesday that they have been recently using a new security tool in order to identify and remove malicious software to make the usage of the site easier for people.

Facebook has joined hands with Kaspersky Labs to develop a program along with other security firms like ESET, F-Secure and Trend Micro.

Trevor Pottinger, a Facebook security engineer, said, “Thanks to the collaboration with these companies, in the past three months we have helped clean up more than two million people’s computers that we detected were infected with malware when they connected to Facebook. In these cases, we present a cleanup tool that runs in the background while you continue using Facebook, and you get a notification when the scan is done to show you what it found.”

The program is said to use “a combination of signals to help find infections and get the malware off of your computer for good, even if the malware isn’t actively spreading spam or harmful links.”

According to Kaspersky Lab’s Kate Kochetkova, Facebook users are often prone to various online fraudulent schemes like “phishing,” where faked e-mails are sent to the users to download malware. “Facebook is a major aim for phishers: one in five phishing scams targets Facebook notifications. So be vigilant when you receive emails appearing to be from Facebook: as they can be fake. There are lots of Trojans targeting Facebook users as well,” she said.