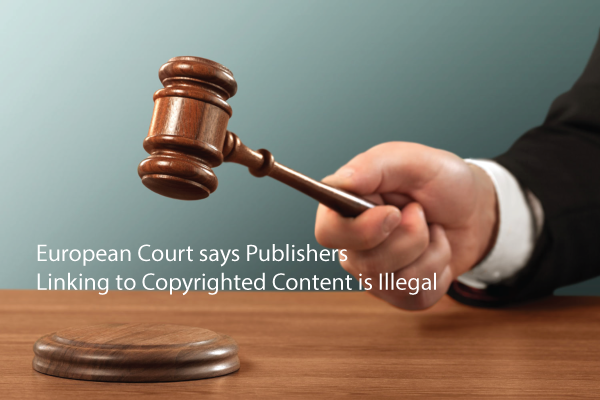 The Court of Justice of the European Union (CJEU) has taken decision against hyperlinks and in favor of copyright owners.

CJEU took decision that the publishers linking to illegal content will be liable for infringement.

Here are the facts given by CJEU-

“In 2011, GS Media published an article and a hyperlink directing viewers to an Australian website where photos of Ms Dekker were made available. Those photos were published on the Australian website without the consent of Sanoma, the editor of the monthly magazine Playboy, which holds the copyright to the photos at issue. Despite Sanoma’s demands, GS Media refused to remove the hyperlink at issue. When the Australian website removed the photos at Sanoma’s request, GeenStijl published a new article that also contained a hyperlink to another website on which the photos in question could be seen. That site complied too with Sanoma’s request that it remove the photos. Internet users visiting the GeenStijl forum then posted new links to other websites where the photos could be viewed.”

This decision will become a burden for search engines to find whether the sites are indexed or not. And also they have to check whether it has any illegal contents.