It seems that Amazon has decided to step out of their realm in conquest. According to AFTVnews, the e-commerce giant is about to launch their new chat app with the name Anytime. Even though there’s no official confirmation the news has created a huge buzz on the internet. 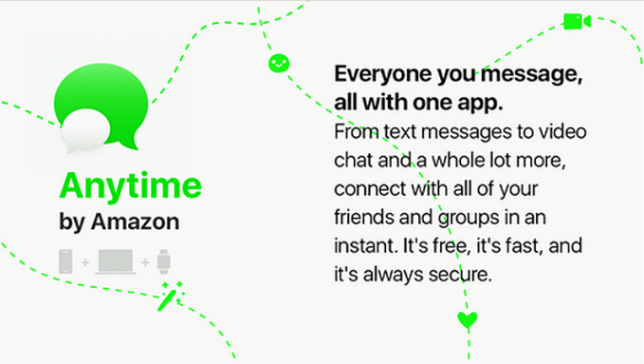 The report also states that Amazon is already conducting an extensive survey to get an idea about the need of their users in order to create a perfect app.

If the news is true the impact of the app would be game changing as it has been specifically said in the news that Anytime might include a section for e-commerce with chat bot assistance to guarantee maximum customer satisfaction.

In short, unlike other chat app’s which focus on Audio, Video, Message, Filter, Sticker, Smiley etc. Amazon Anytime will have vivid applications, different than that of its predecessors.

The strangest part of this news is that a  leaked photo is circulating online which has the list of features of Amazon Anytime. People are suspecting its authenticity because of a typo in the text. 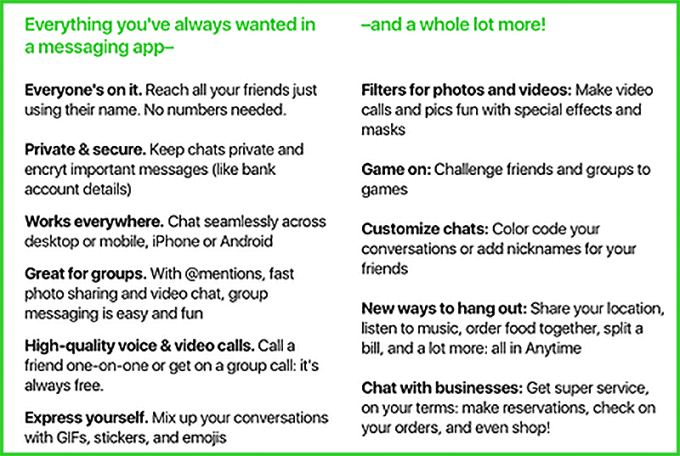 Amazon’s recently introduced messaging and calling feature to their Alexa devices. Making Alexa app a pretty decent chat app. Rumor has it that the success of this feature might the driving force behind Anytime.

Addition to this rumor, Amazon’s enterprise chat app Chime has intrigued many people. They are saying that Anytime might be built upon the skeleton of CHime.

If Anytime happens the biggest hurdle in front of the app would the persuasion tactics they should use so that people will start using it on a daily basis. The fate of Hangout and Allo has to be remembered as they also created similar buzz when they arrived.

Whatsapp became a successful standalone chat app due to its simplicity and its swift response time. Nowadays Telegram is gaining trust among people due to the same reason.

So if Amazon Anytime has any chance of survival they should focus on this basic factors the most.